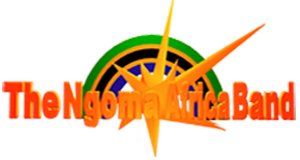 The band is totally open to new ideas and flexible so as to prosper, that's why in the beginning  of the 2011 got an invitation to play during the highlights of the L Kustendorf film and music festival in the republic of Serbia( former Yugoslavia). The band thrilled the fans .The Ngoma Africa Band is the first African band to reach and tour the Serbia.

The“ Afrika Festival“ in Jever, North West, Germany .The band had an opportunity to join and because the band „have got it together“rhythmic very hard hitting and the lyrical perfection  everyone in the  city and the outskirts enjoyed

Because the Ngoma Africa band has very firmly entrenched with the east african groove which always shakes the audience  thats why another invitation came for the band to join the Alafia festival in Hamburg, Germany.

The band did not leave the fans alone at „Afrika and Karibik Festivals“,Roberstock Park, Frankfurt, Germany.

Second time again  joining the Afrilu festival in Ludwigshafen city, Germany, the band played on the stages of Albert Park.

The band thrilled fans at the World Musical Festival in Loshausen city, Germany

Africa International Festival in Tübingen city, Germany.The band became the best band not just because of sophisticated ear for new sounds but a head of interesting arrangements and tight songwriting.

The band was invited in the south of Germany, Munich by the Friendship Association of Tanzanian and Germany to entertain the fans while celebrating and supporting soccer teams in the historically World Cup in South Africa.

The Ngoma Africa Band toured almost every corner, this time the invitation came from the Steinhude city, Germany to play on the grounds of  „Afrika Markt Fest“.

It was a colourful occassion at Ludwigshafen city, Germany during the „Afrilu Festival“.The ability of the band to mold live instruments and drum into a uniform made the fans crazy!

This time was not in winter but summer ! it was another trip to the Scandinavian. The band was invited to the festival called „Fest Afrika“,because of the multiple and interestingarrangements , the fans in Tampere city, Finland did not want to miss the band.

The Ngoma Africa have earned fans allover . It was witnessed at the „Bantu Afrika festival“ on the stages of EWS Arena, Göppingen City, Germany where the band thrilled thousand of people there.

This time another „Afrika Festival Burg-Lissberg“,in Lissberg City , Germany.The band was invited as the representative of Africa in Europe to give the audience a test of a really african rhythm.

Known as musical ambassador the world over! the band travelled all the the way to the Scandinavian. The hot guitars made the fans crazy during the „ Fest Afrika Winter Jam“in Tampere City, Finland.

The band had a task to entertain the group of International Academics and Professors on the International Relationship Day at the University of Oldenburg, Germany

This year saw the Ngoma Africa catapulted with fame! the city Krefeld, Germany did not hesitate to angage the band to share platform with the fans to dance to a powerfull compelling  lyrical  and musical conciousness.

The band was invited on the stages of Hamburg, Germany during the „Afrika Festival“ this is to prove that the band growing reputation now has a formidable fan base and their records are becoming more and more accomplished and ambitious with each successive releas

As the most experienced perfomer the band thrilled the fans on the stages of African and Caribbean cultural festival in Rebstock Park, Frankfurt, Germany.

Breaking news from the international media agencies. From  hundreds of tabloid newspapers to  the international  BIZ of South Africa and the INSIDE WORLD of Australia.  Even from the local African Newspaper to the INTERNAT IONAL AFRICAN PRESS AGENCY of Norway, AFRICAN PRESS INTERNATIONAL (API), „ The FOUNDACION SUR“ based in Spain, The CARRIBEAN NEWS and The LATIN AMERICA NEWS all have had the HEAD LINES about the single CD „APACHE“. The track „Apache wacha pombe „ provided the bandwith the subsequent African Number  ONE chart in many international radio airwaves.

The band played in the last month of this year under the invitation to celebrate the happy New Year eve in the People's House HallBürgehaus Hall, Frankfurt , Germany.

More and more the Ngoma Africa Band became internationally recognized. During the International People's Market  aniversary which was held in PFL hall in Oldenburg, Germany. The band was invited to acknowledge the band reputation as a strong marketing and promotion  guerilla.

The city Delmenhorst, Germany had a JUBILEE.They knew the right band  to invite for such an important occassion could  only  be The Ngoma Africa Band.

During the highlights of the African and the carribean music festival in Frankfurt, Germany. The Ngoma Africa Band was there to shake the fans it was fantastic!

The Band was invited by the very popular Woyton company to entertain the academic society on the red carpet of Woyton cafe.

The invitation to play for the Oldenburg City Council festival, Gemany. Thanks to the Band proven ability to reinvent itself while retaining complete control of its cultur and career.

The Band became the best band on the highlights of „Afrika Markt Festival“ in Hamburg, Germany according to the view stern magazine.

International breakthrough! the band was reported as the best and most popular in Europe which drives the audience crazy with its soulful vocals and the hypnotic guitars.  With the distinctive rhythmic style and an ability to create beats from the traditional and modern east african music mixed with the  lyrics about the social awareness finally the single CD Anti -Corruption was released .With the track „Rushwa ni adui wa haki“in swahili simply means Corruption is unjust dominated international Radio airwaves . The band career reached a new peak of publicity from different newspaper and magazine like Africa News, Italy, The African Bulletin, Holland

The new single CD Apache was recorded. The Ngoma Africa Band had a message  to the society against alcohol. The title of the song is called  Apache wacha pombe in Swahili, which means Apache stay away from alcohol. Once after releasing Apache single CD the Band became most wanted Band in Europe and America. The same month the band was invited as a guest of honour to the radio voice of America( Washington DC) and on May 27 was invited to the Radio Deutch Welle in Germany.

The "Mama Kimwaga" (Sugar Mum) Album was presented to the public. It was the best CD release Party , as well the big publicity to highlight the danger of Aids in Oldenburg, Germany

The Ngoma Africa was invited to entertain the youth and children on the stages  of the youth cultural centre in Delmenhorst city  ,Germany.

The " Light of Africa" organization chose the Ngoma Africa Band

as the experienced live band and its musicians as the best entertainers to spread a message about AIDS. It was during the World Aids Day in Krefeld,Germany.

The track"Mama Kimwaga"(Sugar Mum) as well as the  tilte of the album has a warning about the dangers of HIV / Aids,and teachings from Aids awareness programmes.

The Band played on the stages of EXPO Plaza during the World Trade Fair"Expo 2000 Hannover", Germany.  The Ngoma Africa Band has been honoured  as the best African traditional band.

The band was invited to the "Pacific Basin Music Festival" in

Honolulu,Hawaii. This Festival attracts groups from countries around the Pacific Rim. The Ngoma Africa band was invited as a "Special Guest Artist" at this event.

The band was appointed to play for the Amnesty International Aniversary in Westerstede,Germany. Also in this year the band played for the association called"Welt und Gerechtigkeit" (World and Rightness) in Ammerland region in northen, Germany.

The Ngoma Africa Band won the first prize during the "Beat Apartheid" music festival in Bremen,Germany.

The Ngoma Africa band has also performed at  various concerts in the Nertherlands, one of them was highlighting the Nertherlands Independence Day "BEVRIJDINGS FESTIVAL" .It was the first time in the history of Netherlands to invite German based group to preform in there, especially,on the independence day.

The Ngoma Africa Band performed at a peace concert under the motto"Help Rwanda and Burundi".

The popularity of the Ngoma Afrika band immediately spread like a wild fire. The band was appointed to perform for the We are one music festival. It was a colourful music festival intended to protest against racism and its evil deeds here in Germany and in the world in generally.

The Ngoma Africa Band is always on tour, constantly invited to preform at different occassions such as supporting new and up coming artists. The perfomances results in legendary events, "We play the rhythm that unites our fans and  other audiences  which always results to dancing in love and harmony" 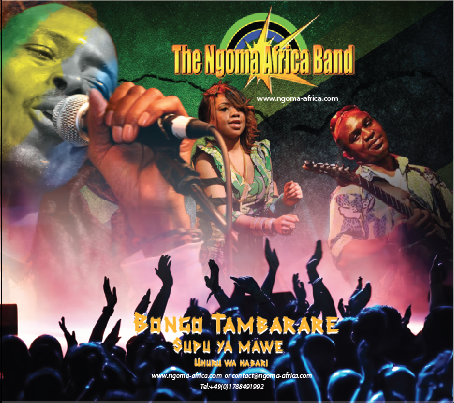 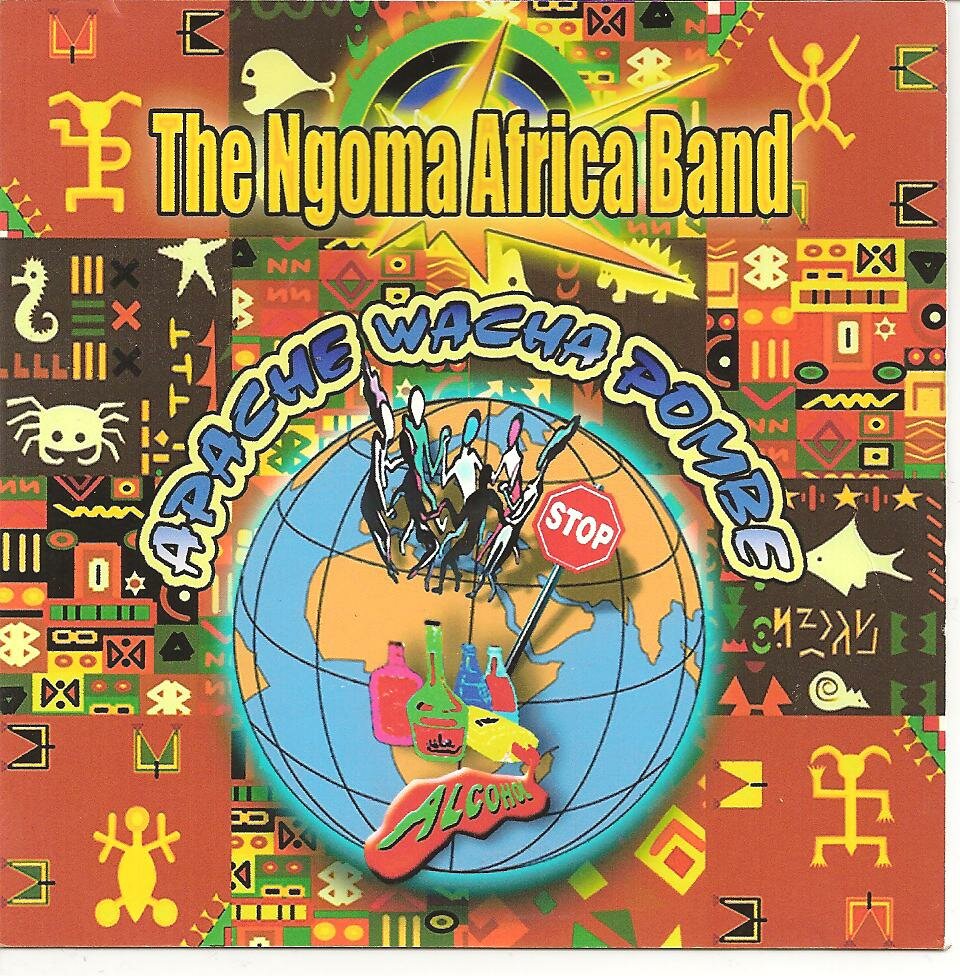